In my post of April 23, 2011 Visiting some environments in Northern France with Laurent Jacquy this castle-like house constructed by Joseph Meyer (1914 - ?) has been briefly mentioned.

The following post has somewhat more information and it has pictures of the structures at the backside of the house which hitherto were not available on the internet.

Meyer, who was born in 1914, was wounded when in military service during World War II. He lost a leg and a number of fingers.

He wanted to show that notwithstanding his disability he was able to carry out something big.


So from around 1950 till around 1960 Meyer has been active in transforming his house -located in an ordinary suburb of a French seaside resort- into a castle-like structure, a building with two high rising towers, one at the streetside and one at the backside.

The staircase on above picture leads to a tower room of 27 m² (291 sq ft) that in summer can be rented as a holiday apartment.


On the frontside the house has another tower, this one slightly more modest than the one at the rear, but nicely decorated and equipped with a small watch tower at its flank.

The inner court at the front side is separated from the street by a crenelated and decorated wall, that also has some niches.

As can be seen on the first picture the exterior wall has two gates. of which the left one has a pediment topped with a shield, which has an inscription that reads KIA MATE TOA, Fight unto death, the motto of soldiers from Southland, New Zealand, who fought in Gallipoli in the First World War. 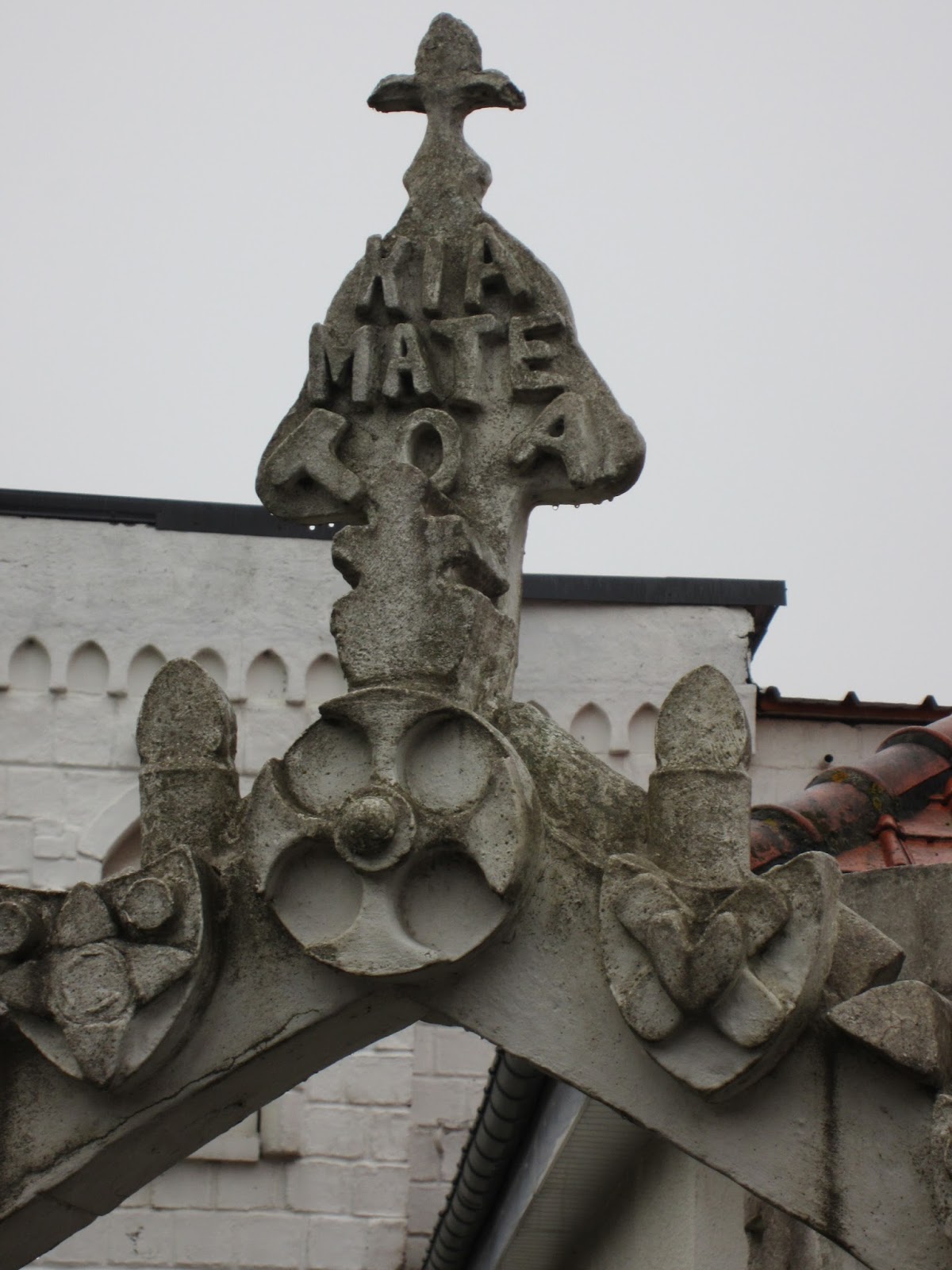 This tribute to New Zealand's soldiers may have to do with Meyers activities as a soldier during the second world war, but I couldn't trace any information about this, as there is also no information on the internet about other aspects, such as when Meyer passed away and when the property was transferred to new owners, who deserve praise for the good care they take of this art environment/folly.