Hidden behind a big tree, Asalache's house when seen from the outside is an ordinary house in an ordinary South London street. The inside, however, is a little gem of woodcarving.
Life and works

Khadambi Asalache (1935-2006) was born in Kaimesie, Kenya. Already as a youngster he showed great interest in literary and artistic aspects of life. So after his primary education he studied architecture in Nairobi and then -in the 1950s- he left for Europe, residing in Rome, Geneva and Vienna, where he studied fine arts.

In 1960 he settled in London, to live there for the rest of his life. 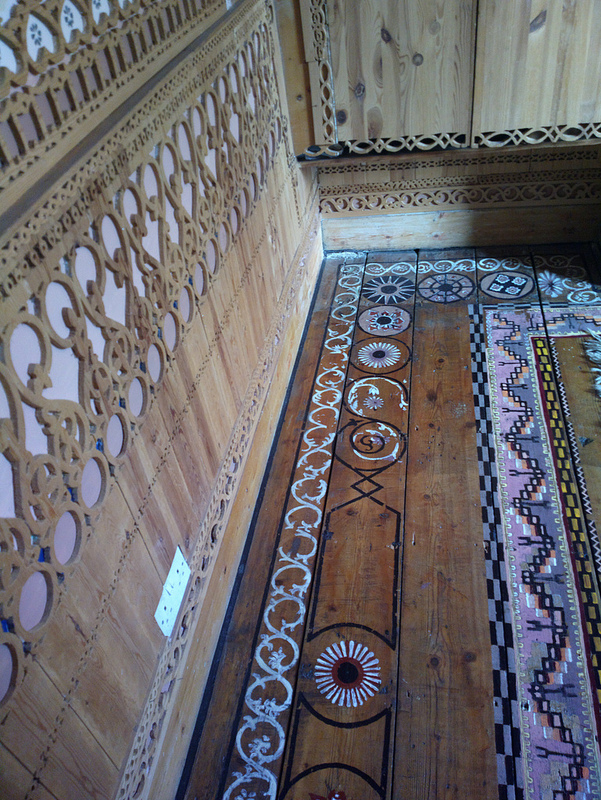 In London Asalache earned his income by teaching Swahili and working for the BBC Africa service. He also did some architectural and landscaping projects, wrote poetry and worked on a book, that was published in 1967, entitled A Calabash of Life.

In 1970 he got a masters of philosophy in the field of philosophy of mathematics and he was appointed as a civil servant at the Treasury, the UK department of finance, a job he would perform for many subsequent years. 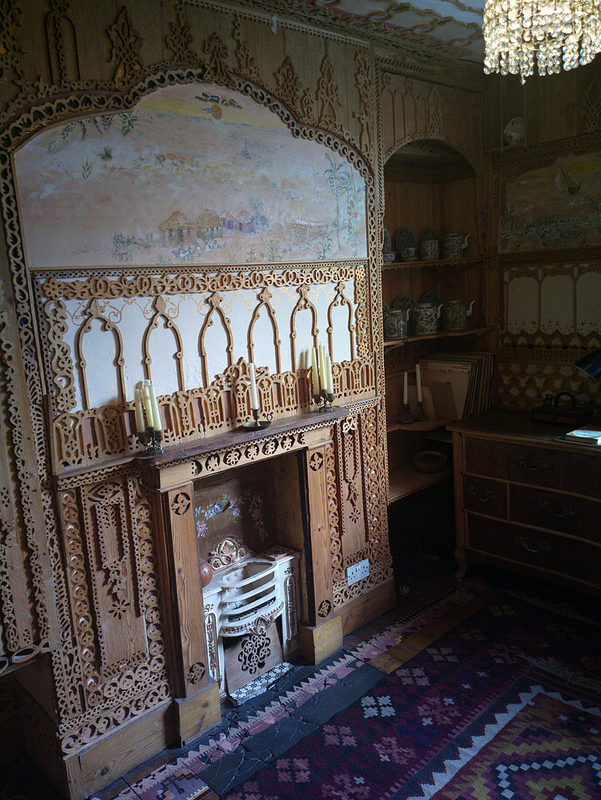 In 1981 he bought the house on 575 Wandsworth Road in South London, an old house built in 1810, with five rooms, which had been squatted and needed repair.

Asalache made some repairs with old floor boards, but was not happy with the heavy effect, so he decided to add some decorative ornaments.

This triggered him in such a way that he decided to make a project of decorating the interior of his house. As is the case with many artists listed in this blog, it became a lifetime project, that Asalache continued for some twenty years, almost until his death in 2006. 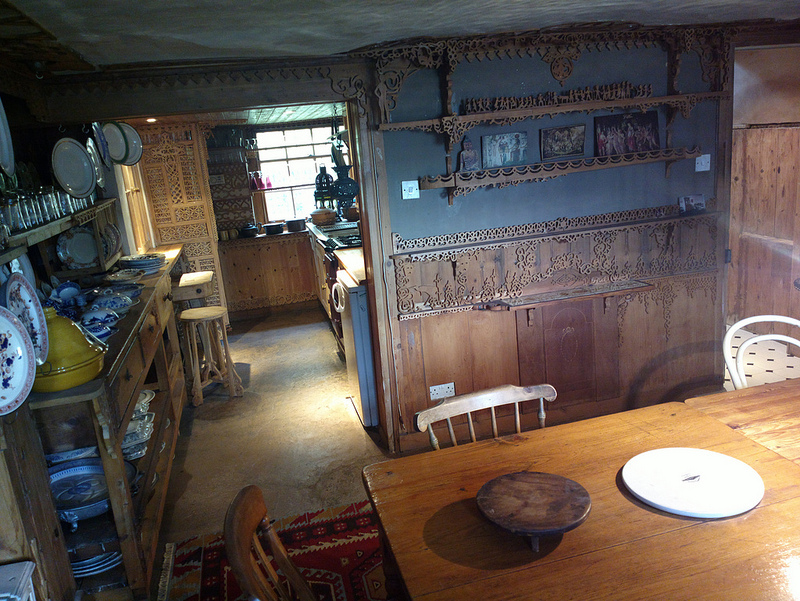 Working in the evening and in his free weekends, he decorated all rooms with fretwork shelves, arches, architraves and friezes, using birds, dancers, flowers, leaves and geometric patterns as motifs.

Beside these decorations, he also embellished the interior with 19th century English pottery he had collected in the course of the years.

Asalache himself has said that he was inspired by the mosque in Cordoba, the Alhambra in Granada, doors of houses in Zanzibar, interiors in Damascus and wooden houses in Istanbul.

In his hands the old house has become a beautiful art environment.

The legacy is cared for by the National Trust

Asalache bequeathed his house to the National Trust, which accepted the bequest in 2010. Meanwhile a first part of maintenance work has taken place, but more funds are needed to complete the works.

The house can be visited on appointment, but the size of the house only allows groups of six at a time.

Documentation
* Website of the National Trust
* Article (July 2012) on Patrick Baty's website
* Post on weblog Introducing new worlds with a shrug (April 2014), with a lot of pictures
Videos
* Video by Thor McIntyre for the National Trust (Vimeo, February 2011, 3`11")

* Another video, this one by BBC London, as published on Facebook (January 2018)