Not what one would expect to see in a decent neighborhood in the center of a Spanish city, but Figueres (Catalonia, Spain) had it: an art environment with a large number of miniature constructions and scenes located in a small garden in front of a corner house just in the middle of town.

Joaquim Gifreu i Riera (1922-2011) ¹, who created this art environment, for over thirty years had a job as a gestor, a private functionary who assists citizens when they have to deal with Spain's enormous bureaucracy, such as getting formal permits and settle tax matters.

During most of his life nothing suggested that this respected citizen one day would begin making creative constructions and display these around his house in a neat neighborhood.

When Gifreu got retired, he and his wife enjoyed travelling around, in Spain and to foreign countries, where they would visit famous monuments.

After his wife died, Gifreu stayed alone and at the age of 77 he decided he should find a hobby to fill the empty hours. So he tried making small constructions, replicas of bridges, churches and monuments, using as examples the documentation he had gathered during his previous trips.


Until age 88 Gifreu has been active in making these constructions, all together he produced some seventy various creations.

Installed in the small garden in front of his house, this space eventually would be hardly large enough to include all creations. 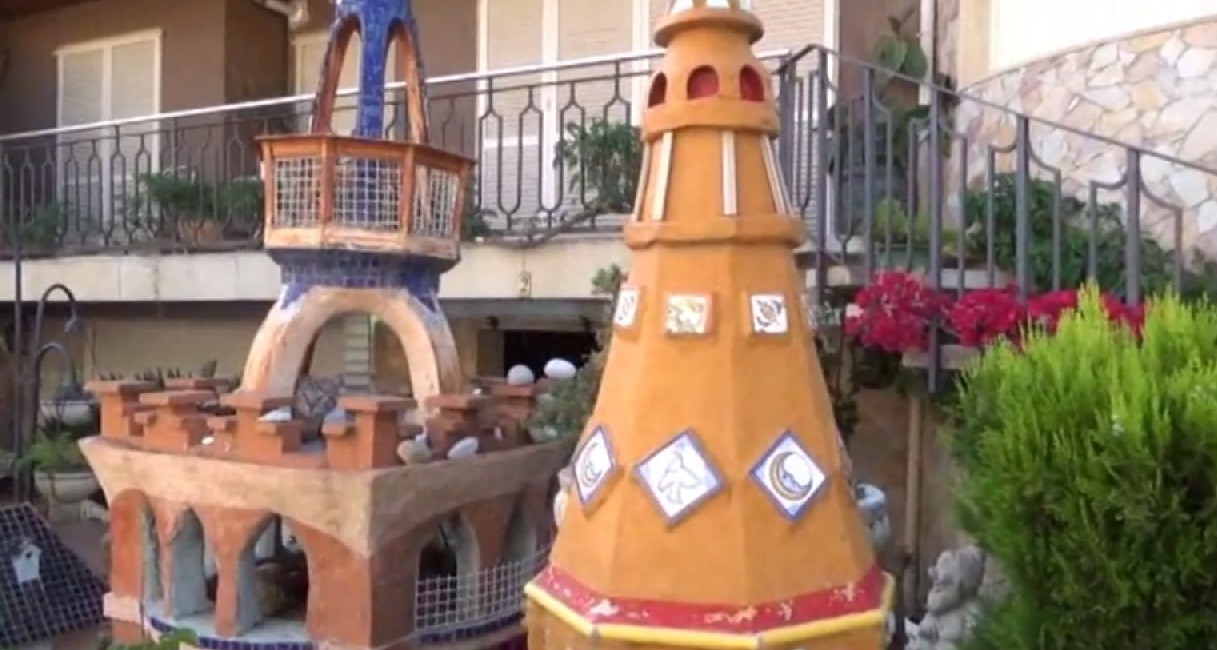 The pictures in this post mainly show some churches, but apart from buildings Gifreu also made replicas of for example the Pisa Tower, the pyramids in Egypt, bridges in Spain, but also of Dali's sculpture of an elephant with long, thin legs, of the Don Quixote/Sancho Panza couple, and of various other items.

Although every single item in the garden was carefully designed to scale, the proportions were not the same for all creations, so the garden in its entirety was not on scale.

Amidst his own creations Gifreu also displayed sculptures and other decorative garden elements he had bought.

Most creations have been removed

After Gifreu died in 2011 his son settled in the house. Although some creations were removed, in 2014 the site largely was still extant, as Serflac's video demonstrates. However, some time later most items have been removed and in summer 2016, apart from two buildings, the site did no longer exist.

Documentation
* The site got a scholarly review in: Jo Farb Hernandez, Singular Spaces. From the Eccentric to the Extraordinary in Spanish Art Environments, Seattle (Raw Vision, SPACES, San José State University), 2013. A highly abridged version is on the website of SPACES
* Scenes of the site (2014) on the Provincia de Girona (Catalunya)  trip video by Serflac (YouTube, starts at 25.27, cannot be embedded here)

note
¹ To my knowledge Jo Farb Hernandez is the only one who has published about Gifreu, so I like to acknowledge that this post is based upon Jo's research (interpretations are my responsibility of course)