In the rural area outside of Frosolone, a small community of some 1100 inhabitants in the mid Italian region Molise, a small, now abandoned farm was transformed into a museum, the Museo di Pietra.

After the war he migrated to Argentine, where he stayed for another eight years. He returned to his native region in the late 1920s/early 1930s where he had inherited a plot of land in the outskirts of Frosolone.

On this plot he single-handedly built a farmhouse with adjacent barns. As a farmer Paolucci dedicated himself mainly to raising and keeping sheep. 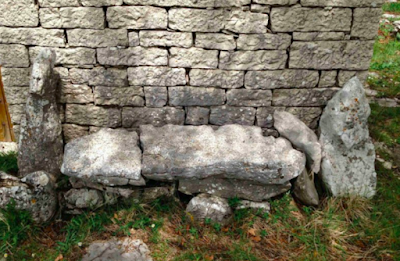 But then, in 1935 Paolucci also began collecting stones he found in the vicinity of the farm and which in a certain way caught his attention, especially those which resembled animals and human figures.

Petrification is a natural or induced process by virtue of which organic matter can acquire the texture of stone and from there arose ancient myths Paolucci undoubtedly knew about, that assumed that stone figures could grow under the ground, staying there until excavated by farmers working on their land.

Collecting and exposing these stones became an activity he would sustain for over 40 years, from 1935 until 1978. 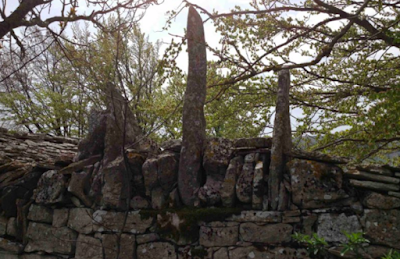 Paolucci displayed the collected stones around the house and on its walls, occasionally setting them on a self-constructed pedestal of stacked stones.

In this way in the course of the years a significant collection of over a hundred stones was created, resembling mainly animals and human figures, but also other items such as what Paolucci considered a plane, a gun, a tower or a barn.

The collection became known as the Museo di Pietra. 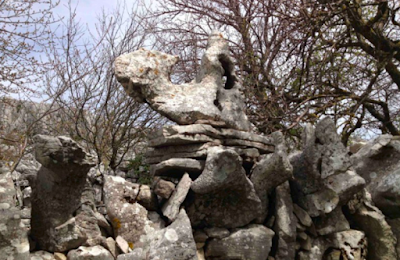 In 1979, a couple of years before Paolucci died, the site was visited by Elisabetta Silvestrini, then director of the Museum of Arts and Popular Traditions in Rome.


She reported about the site in an article published in 1991 (see documentation). She reviews the site from the perspective of the in Italy well known phenomenon of giardini eccentrici i architettura fantastici (eccentric gardens and fantastic architecture), which she describes as spazi circostanti alla casa occupati di elementi vegetali e da oggetti costrutti dal l’ huomo, natural e cultura insieme, disposti in percorsi guidati (areas surrounding a house filled with vegetal elements and objects constructed by man, natural and cultural together, suitable for a guided walk around). 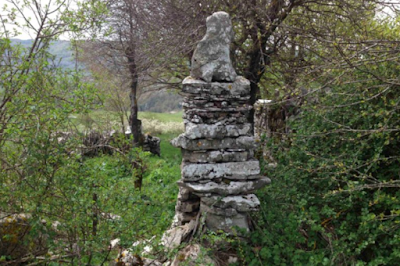 At the time of Elisabetta Silvestrini' s research and her article the concept of art environments was still unknown in Italy. Later this changed when in 2010 Gabriele Mina published his weblog Costruttori di Babele and began a successful nation wide project aimed at identifying architetture fantastiche and universe irregulari in Italy.

The Museo di Pietra was added to the inventory and although it doesn't quite fit in the art environments frame, it certainly is a universe irregulari. 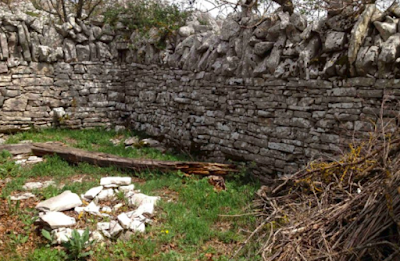 His house remained uninhabited and in the course of the years the Museum became neglected and many items got lost.

Email ThisBlogThis!Share to TwitterShare to FacebookShare to Pinterest
Labels: museum