Located in the south of Sardinia, Italy, this art environment only recently became known by a larger public.

Born in Dorgali, Sardinia, Bartolomeo Mereu (1935-2018) had some three years of primary education and then left school to help his parents at the farm.

At age 19, in the early 1950s, he left his family to find employment as a worker in coal mines in Belgium and Germany. 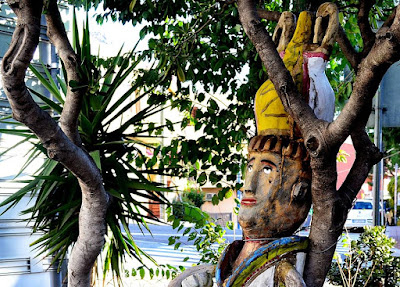 After ten years, in the early 1960s, Mereu returned to his native region, where he bought a bar in the harbour town of Cala Gonone. He rebuilt the bar and re-opened it as a gelateria (an ice cream shop), which he would operate for some 40 years. 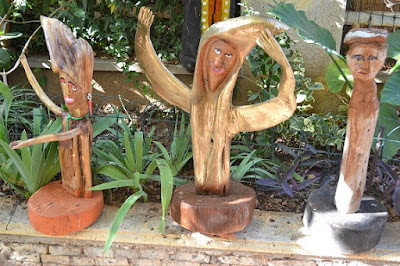 In 2005 Mereu got retired. This allowed him to further develop a hobby of wood processing he already had as a youngster.

So he went roaming the adjacent woods to collect stumps of mainly juniper, which he transformed into multicolored sculptures. 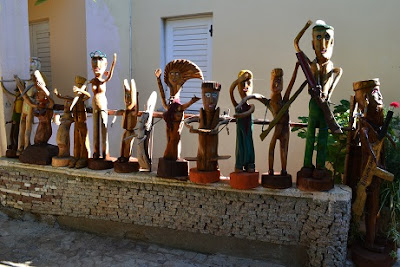 In the course of the following years he brought about a substantial collection of some 80 wooden sculptures which he displayed in his backyard, along the fence at the entrance or on top of the posts of the entrance gate. 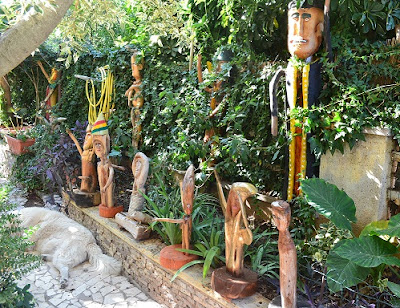 The sculptures vary in size, the smaller ones often depict small animals, such as little dogs and birds, the larger ones portray all kinds of personalities, such as people living around and characters from mythology, religious life, history and contemporary politics. 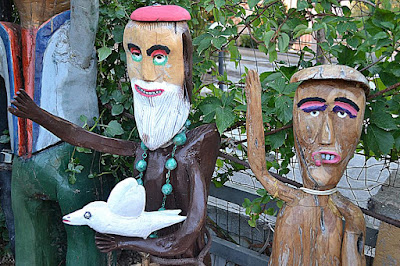 Manufacturing sculptures Mereu made use of the shapes which from origin are present in his material and thus for example arms of a person can be laterally grown branches in the base material.

Some of the larger sculptures of persons were arranged in a line, as if they form the public of a passing parade. Many of Mereu's creations have a humorous undertone. 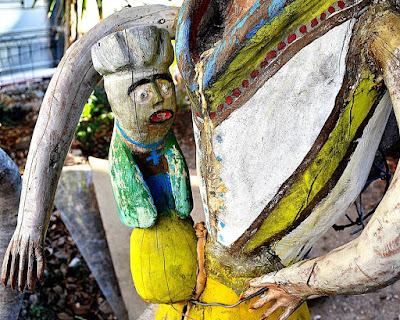 Mereu's artwork only recently was made known to a wider public by Pavel Konečný, a collector of outsider art from the Czech Republic who visited Italy a number of times.
Exploring sites in Sardinia he came across Mereu's art environment. 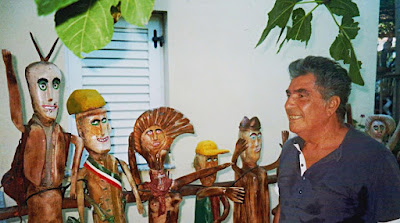 Mereu's sculptures got a first exposition in 2015 in Cala Gonone and thanks to Konečný, photographs of his artwork, together with those of other Italian outsider artists, were presented on an exhibition in the Italian Institute of Culture in Prague (January/February 2017). In 2018 Mereu passed away.