Over thirty wooden sculptures created by a self taught artist, more or less randomly spread over a forest area near a district of a city, it is rather rare phenomenon in the field of art environments in Europe ¹.

Such a scattered art environment ² exists in the forest in the Bor district in the north-western area of the Russian city Aleksin (Tula region), located some 130 km south of Moscow. 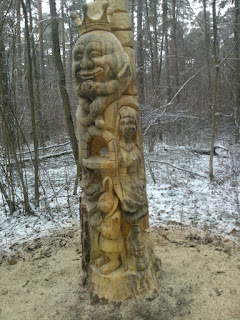 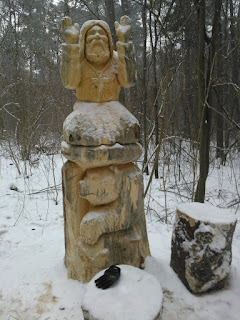 Dmitry Tanchev, who created this specific art environment, was born on August 6, 1975 in Aleksin, a city of some 68.000 inhabitants in the Russian region Tula.

In the 19th and early 20th century the town was a center of forestry and metallurgy. It included wooded areas with pine trees and summer cottages (Anton Tsjechov would regularly stay there).

In the 1970s the city flourished because of the growth of the chemical industry, but in the 1990s due to the major changes in Russia (perestroika) orders were off and decay of the local economy occurred, which also was evident in the lesser maintenance of streets and parks.

Tanchev who grew up in these years, as a young boy already was quite interested in visual art. He could draw well, but as he became older his interest in three-dimensional art grew.

So when he was in his early thirties he began to focus on sculpture, in particular creating wooden sculptures. On the internet he had seen a video that showed someone making a wooden sculpture with a chain saw and this deeply impressed him. 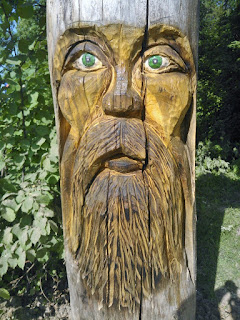 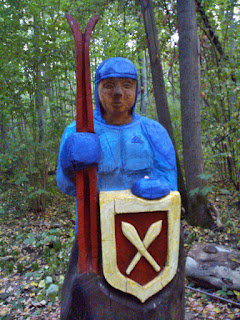 By watching videos on the internet he taught himself how to handle a chain saw and as he said in an interview with a newspaper: "I realized that this was a business that I had been looking for all my life. Before that, I tried a lot of things, but nothing was right. And then I came to the right way of life, stopped drinking and smoking".

In order to get on with working with a chain saw, he worked for a year and a half with the unit that was engaged in the maintenance and pruning of trees in Aleksin. 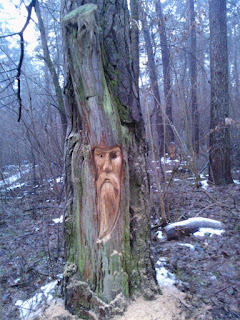 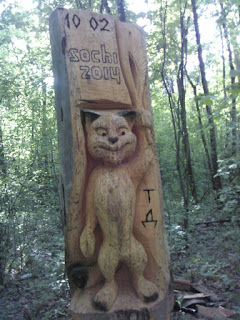 Tanchet is a religious person. Because of his reversion and his work in the field of sculpture he feels rewarded by God. In his sculpture the religious aspect is reflected in his depictions of saints and angels.

But his sculpture also has a social dimension. By embellishing  the town's forest with sculptures its beauty is accentuated, which may increase its appreciation and might counter the pollution of the forest, a neglect that occurred. 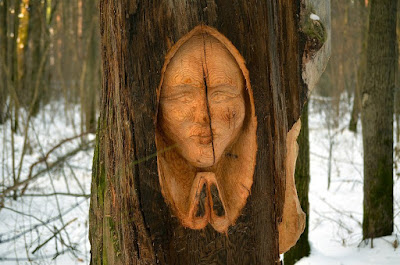 Tanchev began this project in 2012. The forest in the northeast of the city is a protected area of some 400 ha named Aleksin Bor with a lot of pine trees, partly over a hundred years old.

Selecting dead trees as his basic material, Tanchev began transforming these on the spot into sculptures with a variety of depictions:  holy persons, knights, indians, characters from fairytales, folk stories and comic books, but also a variety of animals, such as bears, a tiger, a lion and dragons. 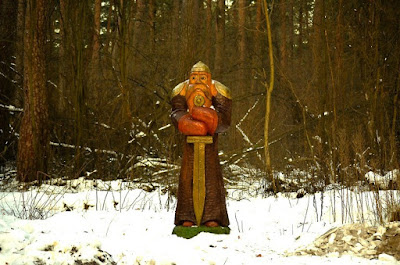 He did this project entirely at his own power and with his own financial means, without any assistance from others or support from the authorities.

Within a few years he had created over thirty sculptures, located on various places in the forest, just where he found trees suitable for carving.

This did not go unnoticed. In the course of 2015 various local and regional newspapers (see documentation) reported about Tanchev's collection of sculptures in the Aleksin Bor forest..

At the end of 2015 the local newspaper Sloboda organized a contest Man of the year 2015 where Tanchev with a record of 8000 votes was chosen as the winner in the category "heroes of the people". 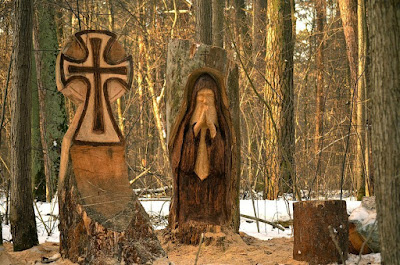 In addition to the sculptures for the setting in the forest, in the course of the years Tanchez has created a large number of stand alone sculptures, both large and small ones.

His oeuvre currently includes over a hundred various items. 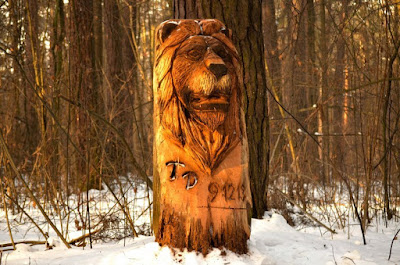