Ferro (or El Hierro) with its 270 km² and its around 10.500 inhabitants is a small island in the south-west of the Canary Archipelago, a group of islands in the Atlantic Ocean that belongs to Spain.

Although small, El Hierro can boast its own art environment, which can be considered as the south-westernmost site of Europe. 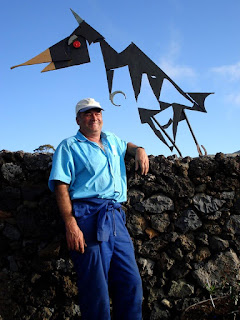 This is about a sculpture garden which is still in the making, created by José Miguel Padron Moralés (born in 1962). 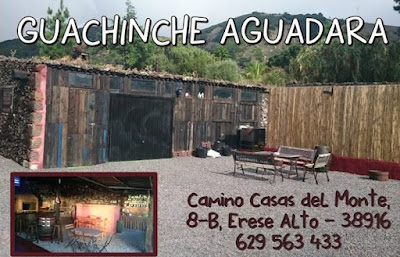 José Miguel Padron is the owner of a tavern in Aguadara, a hamlet located in the northern mountain area of El Hierro, some 7 km west of the town of Valverde, the capital of the island.

The type of tavern he runs is locally also referred to as guachince. 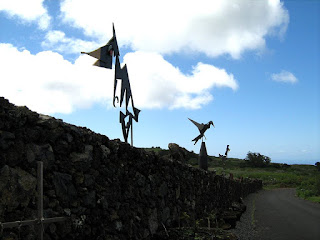 In his free time Padron is engaged as an outsider artist, making characteristic sculptures from sheet metal, which he welds from discarded parts.

Before he began operating the guachince José Miguel worked at a quarry and here he finds the components of his sculptures. 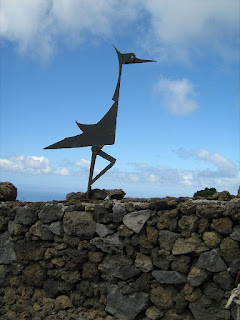 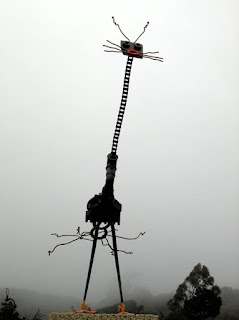 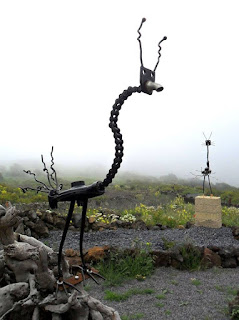 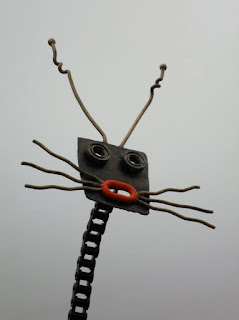 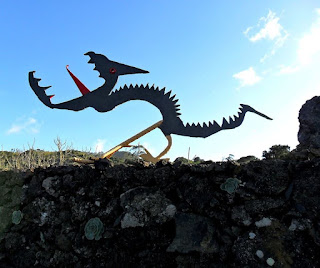