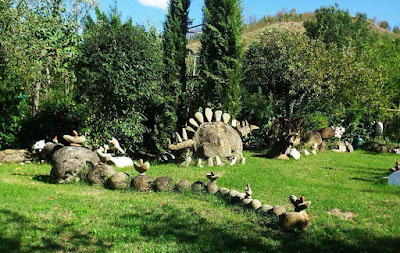 Borgo Tossignano is a community of some 3300 inhabitants, located in the Emilio-Romagna region, Italy, some 30 km south-east of Bologna.

In the outskirts of the small village of Codrignano, which belongs to Borgo Tossignano, there is a garden with a large amount of creations made of stacked or otherwise bundled stones. These creations mainly represent dinosaurs, so this note is about the park of the Dinosauri di sasso 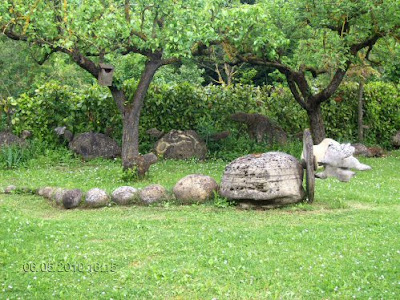 This art environment was created by Emilio Padovani, who was born in 1948 or 1949.

He had a job as a driver at a large regional institution in the field of health care.

Inspired by the Stephen Spielberg movie Jurassic Park (1993) he began creating dinosaurs he installed in his rather large garden. These creations have as a specific characteristic that they are made of stones he collected himself. 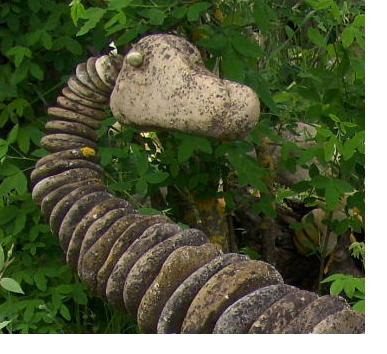 Manufacturing the creations Padovani used a variety of stones. Small and light ones he collected himself in the region. Large and heavy ones up to thousands of kilograms, obtained from quarries, had to be transported by car. 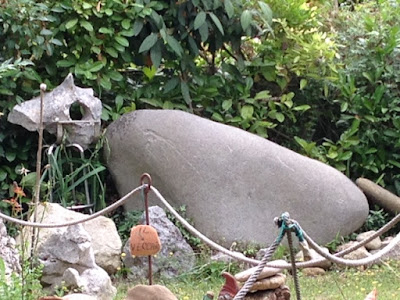 When travelling, for example to Split in Croatia where he originally came from, he also looked for stones he could use. And then there is a nice story that he also found a suitable stone in Paris at the foot of the Eiffel tower. 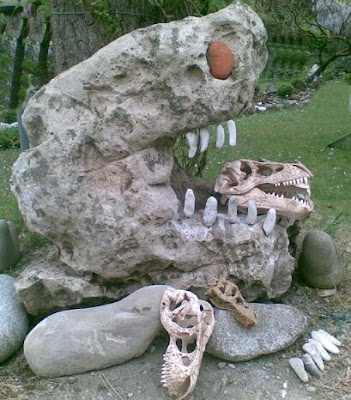 Reports say that the Dinosauri di sasso garden includes some hundred sculptures of prehistoric animals, among which a Stegosaurus, a Triceratops, a Brontosaurus and a Tyrannosaurus Rex, all quite big appearances. 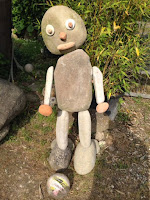 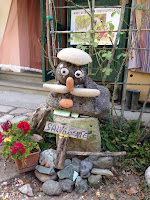 But Padovani also has also made smaller creations, including funny characters as shown in the accompanying series of images. 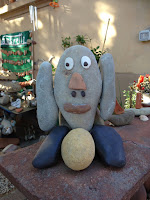 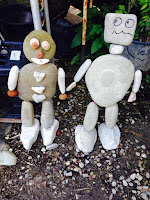 Although it has been reported that he welcomes and entertains school classes in his garden and he also is on Facebook and has a website where he talks about the site, there is no information available regarding the exact location of this art environment or about opportunities to visit it. 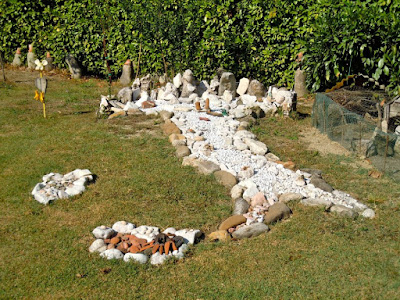 a map of Italy in stones

Email ThisBlogThis!Share to TwitterShare to FacebookShare to Pinterest
Labels: display of sculptures made from stone, garden with varied sculptures, park with a variety of sculptures