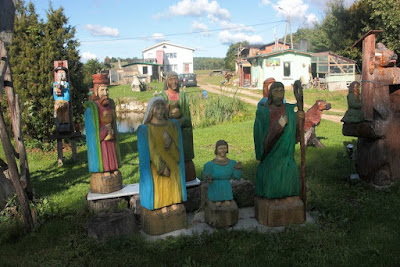 In the small community of Trzepowo (part of the municipality of Przywidz) in the Pomeranian area in the north of Poland, there is a garden with a variety of multicolored wooden sculptures made by self taught sculptor Zenon Kosater. 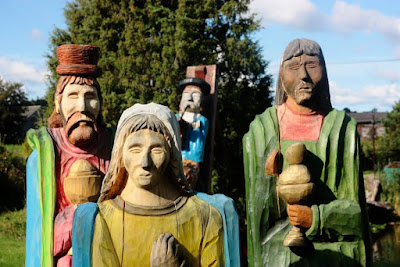 Kosater was born in september 1955. When in 1978 he was in the second year of his conscription in military service, he felt a bit bored, so with a friend he set up a project to practice manual skills such as building small wooden constructions and other creative activities.

Kosater himself focused on woodcarving, creating his first bas reliefs. 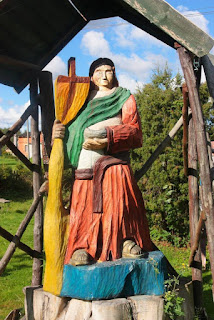 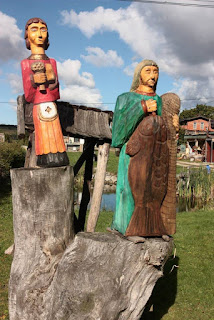 These first steps in the field of woodworking would shape his further life. Gradually he began to make larger pieces, also with parts of a tree as material, initially at times as a birthday presents or for family celebrations, but eventually it became his full time occupation.

Currently Kosater is in his mid 60 s. He lives in Trzepowo and the garden around his house has a display of a variety of his life-size sculptures,  that are mostly painted in a multicolored way and often portray saints or other religious characters.

But he also portrays non-religious characters such as Pegasus the winged horse, a mermaid and a rider on a horse, apart from the many smaller sculptures and reliefs he also produces. 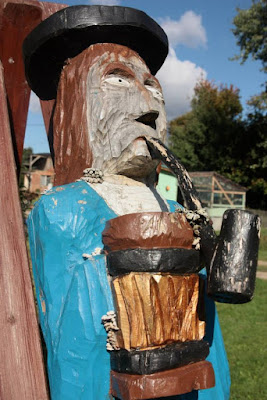 Kosater has sold a variety of sculptures to tourists and other visitors. He also shares his artwork with young people, because he wants to stimulate them to become interested in art.

From that perspective, Kosater also enjoys receiving school classes and other interested visitors at his site. Occasionally he will teach small groups sculpting. 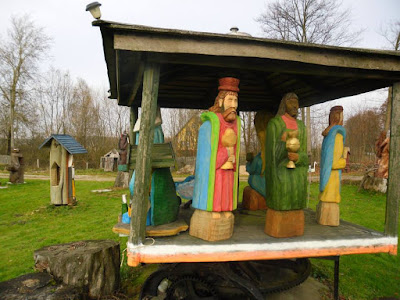