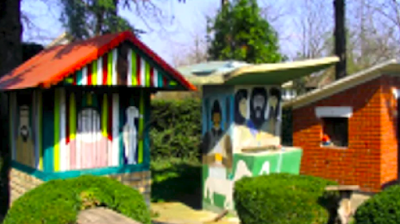 The picture above shows part of Bogosav Živković's Magic Garden in Serbia as it appeared in a video made by a regional TV company in 2016, at the occasion of the re-opening of the site, which dates back from the 1970's 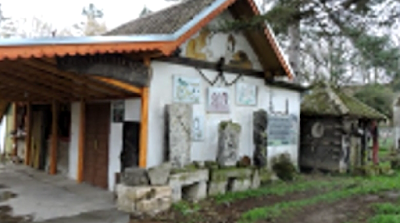 Bogosav Živković (1920-2005) was born in a poor family in Leskovac, a community in  Serbia, some fifty kilometers south of its capital Belgrade. He worked as a farmhand and as a leather worker.

When in 1941, at the beginning of the Second World War, Serbia was occupied by Germany, parts of the country had to suffer from cruel treatments of the occupying forces and as a young man Živković was seriously traumatized by a malicious treatment by German occupiers.

This trauma would stay with him all his life. It also made him decide in 1945 at age 25, to leave his job as a leather worker and move to Belgrade, where he found a job as a porter. 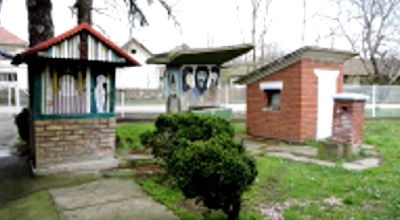 Living in Belgrade, in the mid 1950's Živković began feeling attracted to making visual art. His development as a self-taught artist has often been associated with the traumas he had sustained in the beginning of the war. What he saw and experienced in restless dreams and troubled nightmares was at the basis of his creations.

Živković made his first sculpture in 1957. Already in 1960 he had his first independent exhibition and soon he was seen in Serbia as an important artist in naive and marginal art.

During his life he had exhibitions in many European countries and his work was bought by various European museums in the field of naive and marginal art. The Museum of Naive and Marginal Art in Jagodina, Serbia, has an important collection of his works. 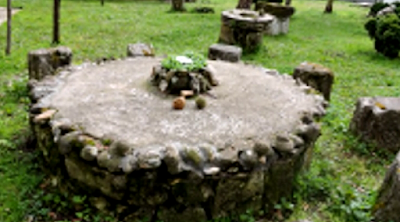 In the late 1960’s Živković returned to his birthplace Leskovac. He was now married and in 1965 had finished his job as a porter. With his wife Dobrita he went to live in the house where he was born.

On the premises of this house, a simple structure built in the early years of the 20th century, there are also a few other buildings, such as a barn of some 5 x 3 meter -built before 1940- that was used as a winery and some other small buildings named after the way they have been decorated, such as the house with a sun, where Živković had his studio, and the house with a face.

Other smaller items and structures also gave the garden its own character, such as two bread ovens, an outdoor dining room, a fountain and a stone composition for sitting.

All these elements are part of the almost 100 m² large garden of the property, which Živković together with his wife, in the 1970's began to transform into an art environment.

Živković himself indicated the site as Museum of Folk Art "Golden Branch", but generally it has become known as Magic Garden. 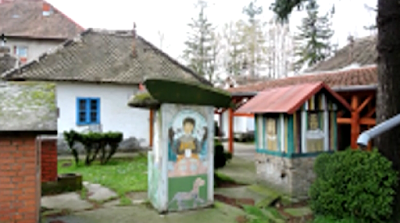 Dobrita Živković took care of the landscaping of the site, adding flowers and plants, including lushly growing ivy that especially would appeal to visitors.

As the pictures in this post show, Živković also decorated the walls of the various buildings with murals and carved reliefs, He also added various structures from stone to the garden

It has been noted that although the various buildings in the garden each have no specific artistic significance, the site as a whole during Živković’s life had a pleasant, atmospheric and valuable artistic appearance.

During Živković’s life the Magic Garden gained a good reputation and attracted all kinds of visitors, including high-ranking guests of Yugoslavia or Serbia, such as emperor Hirohito of Japan, emperor Haile Selassie of Ethiopia and president Jimmy Carter of the United States. 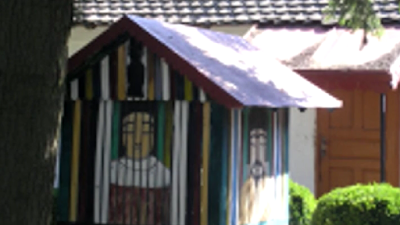 After Bogosav Živković in 2005 had died, a period of uncertainty began regarding the further development of the site. In 2006, an institute in Belgrade, charged with the protection of cultural monuments, offered to undertake maintenance of the site, but at that time it was not possible for the institute to enter the property to do technical research and measurements.

In 2013 the Belgrade institute renewed the procedure, which resulted in an extensive study of what should be done to restore the site. An article (2017) by Nada N. Živković (see documentation) had a summary of the proposed approach. At the time of editing this entry, the situation with regard to decision-making about a renovation is not clear 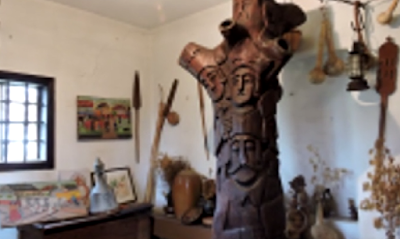 In all likelihood, in the years after the death of Živković, the garden was not or only irregularly open to visitors. However, the video from which the images in this article are derived, was released in 2016 on the occasion of the reopening of the site in that year.

Documentation
* Article (2017) on SCIndeks, the central site of scientific publications in Serbia, by Nada N. Živković. "The magic garden of Bogosav Živković in Leskovac- status and protection"
* Video (2'27", november 2016) by GEM Televizija, on Vimeo