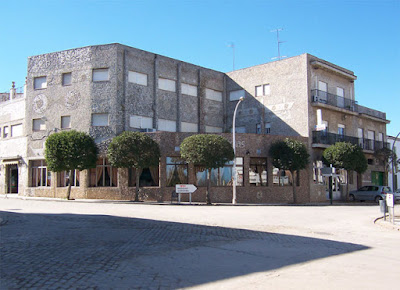 front view of the hotel-restaurant "Las Conchas"
from their website

It could be assumed that houses decorated with shells are located close to the sea, and indeed that is often the case¹. But there are exceptions² . Some of such creations are located remote from the sea, such as above pictured hotel-restaurant Las Conchas (the shells), which is located in the community of Azuaga, Spain, some 240 km remote from the nearest beach.

The internet has virtually no biographical information about Miguel Torres Ortega (? - around 1986), who decorated exterior and interior of his hotel-restaurant with loads of shells.

It is not clear when and where he was born. In fact, it is only known that he became the owner of the hotel in 1965 and in 1967 decided to decorate the building inside and outside with shells. 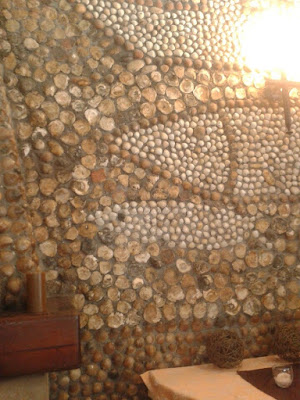 
In her short contribution to the book Escultecturas margivagantes (2006), compiled by Antonio Ramirez, Maria del Mar Lozano Bartolozzi reports that in 1967 a party of people consumed a meal with many shellfish in the restaurant and that Miguel Torres then thought it was better not to throw away remaining shells, but to use these to decorate the property.

So he began a project that would keep him active until the early 1980's. 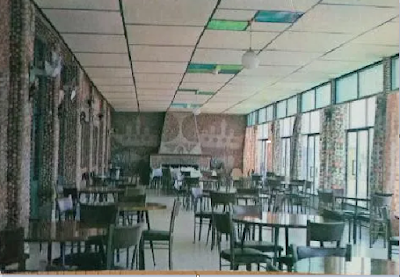 an old postcard with the shell decorated restaurant room

The meals of the guests of the hotel and the visitors of the restaurant did not nearly produce enough shells to decorate the many pillars and pieces of wall, inside and outside.

So there had to be collected by the sea. And thus it became customary to travel during the weekends -after closing time of the restaurant around midnight- to the city of Huelva with its kilometers of sandy beaches to collect shells there, a trip back and forth of about 480 km.

In making these trips, Torres was often accompanied by family members and friends.


The decorations in the interior are mainly present in the large restaurant room, which in addition to the buffet has many pillars. 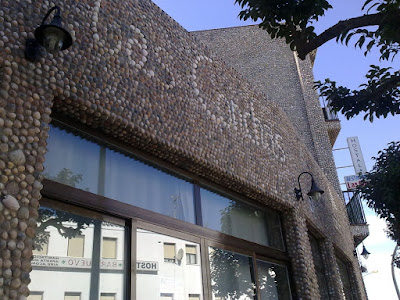 On the outside, the building, situated on the corner of two streets, has a fairly large wall surface that is completely covered with shells.

Both inside and outside the shells are basically arranged in a calm single-color pattern, supplemented with the name of the site (Las Conchas), repeating geometric arrangements (such as circles) or some  representations that have to do with the sea (such as fishes or ships). 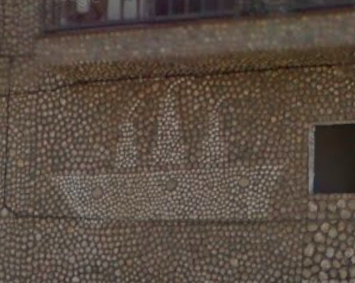 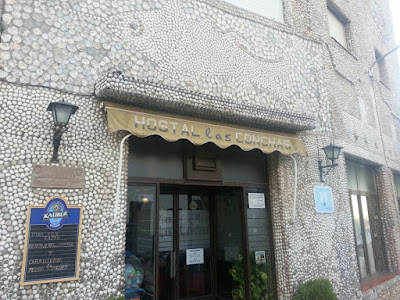 notes
¹ such as Alfred Pedersen from Denmark, François Bothorel from France and Kevin Ffrench from France
² such as Angelo Cerpelloni from Italy and Herbert Reigner from Austria 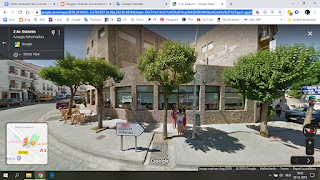