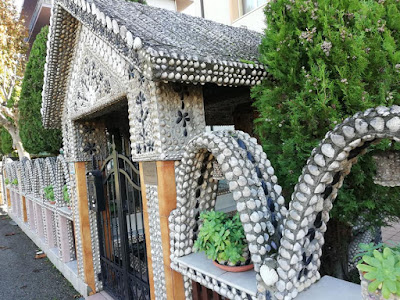 Located along the coast of north-west Italy, the small community of Bellaria, part of the municipality of Bellaria-Igea Marina with some 17,000 inhabitants, is home to an art environment in the capacity of a shell-decorated garden. Like other places along this part of the coast facing the Adriatic Sea, Bellaria is a seaside resort, so using shells as decorative material is not surprising.

The site was created Marsilio Raginni (1928-1996), who was a fruit and vegetable trader. He started the project in the early 1980s, when he was in his fifties.

On the beach of Bellaria, especially if there had been a strong storm, he collected all kinds of shells, which he in particular used to decorated the exterior of his home. Above picture (via streetview) shows that the house is located on the corner of two streets  with a front and a side garden. These gardens are separated from the streets by a low fence, subdivided into numerous compartments, each with an arch full of shells on top.

The access along the main street has a small building with a gable roof, which is also lavishly decorated with shells. 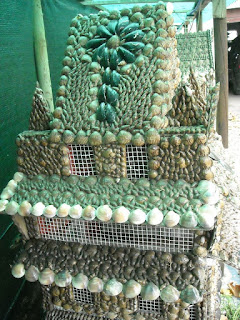 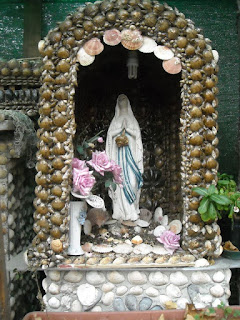 The garden itself has a variety of self-constructed objects, such as two water draw-wells, large flowerpots, statues of saints and representations of carts, pagodas, planes, coaches,.... all decorated with  shells, of course. 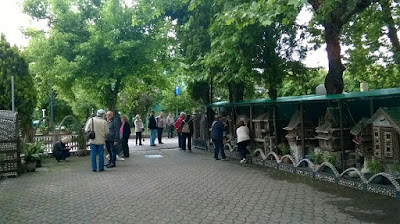 Along the tiled driveway to the garage Raginni has built an elongated covered exhibition space (picture above), where one can see a variety of replicas, in particular of religious buildings (Our Lady from Lourdes, Santa Rita da Cascia, Santuario Papa Giovanni) and houses, including the house where Raginni had spent his childhood. 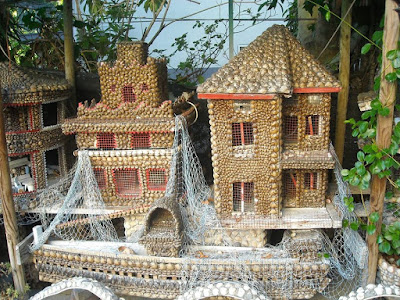 After Raginni passed away, his family took care of the site. Currently (2020) still in good condition, it can be viewed from the street. 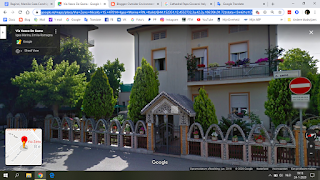