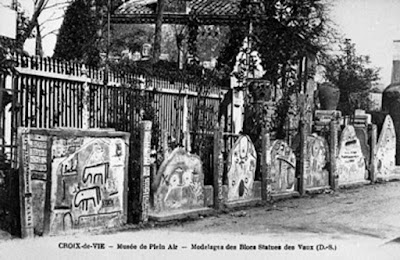 The old postcards in this post show the panels that in the 1920s were mounted on fences and exterior walls of a house, locally known as Castle Maraîchin, in the then municipality of Croix-de-Vie in the French Vendée area.

Marcel Baudouin, who made and fixed these panels, was born in Croix-de-Vie on November 15, 1860 in a well-to-do family that lived in that Castle Maraîchin. His father was a public works contractor. 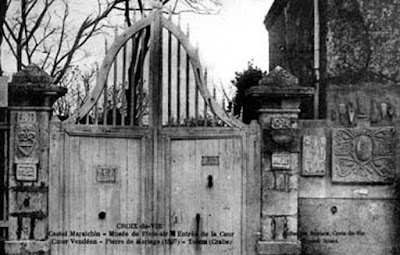 After his primary education Baudouin went to the lyceum in La Roche sur Yon, followed by a study of medicine, first in Nantes, later from 1883 in Paris. Graduated, he worked in hospitals in Paris, represented France at international medical conferences and published articles for medical journals.

In his late thirties Baudouin for two years (1896-1898) was mayor of La Barre des Monts, a small community on the Vendée coast. Then he tried to get into national politics, but a candidacy for the House of Representatives failed, and he decided to take another turn.

This time he opted for the world of archaeology. In 1903 Baudouin, in his early forties, got in charge of the archaeological excavations in the Vendée, appointed in this function by the Ministry of Fine Arts with the approval of the General Council of the Vendée. This was the subject that would fascinate him for the rest of his life. 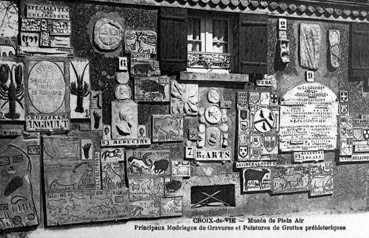 In his new capacity as an archaeologist, he took part in and reported about many investigations and excavations, especially regarding the locations in the Vendée.

He examined the megaliths that still existed in the Vendée area, tracing signs engraved in those megaliths, which he interpreted as a referral to the configuration of the stars in neolithic times. He also reported about finding indications for a relationship between the Vendée and Atlantis.

Baudouin wrote many articles in archaeological journals, but he did not only address colleagues, he also wanted the general public to share in the knowledge that he and his colleagues collected.

With regard to the latter, he proposed in 1920 to create a prehistoric open-air museum in Paris. It should be a wall in public space, fifty meters long and about three meters high, with a series of panels documenting the discoveries. However, the Paris authorities were not interested. 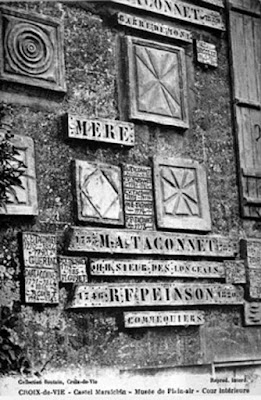 But Baudouin was convinced that exhibiting on a public wall was a much better way to reach the general public than the way museums used, mostly exhibiting their prehistoric collections in boring showcases in dimly lit rooms.

So he decided to create such a wall- museum himself, using the fences an exterior walls of Castel Maraîchin as exhibition space.

Starting in 1920 it would take him fourteen years to complete the Museum which includes dozens of cement panels containing both texts and casts of scientific and prehistoric objects.

In order to organize the information to be shown, Baudouin used the in his day most common classification of scientific knowledge, namely 1. Philosophy, 2. Religion, 3. Law and Economy,
4. Philology, 5. Pure Sciences, 6. Applied sciences, 7. Fine Arts, 8. Literature, 9. History and
10. General. 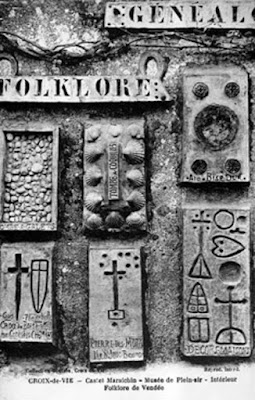 
Using this general classification, the open-air exposition of pre-historic items was ordered as
follows: Religion is mainly represented by prehistoric religions, Law and Economy by folklore, Philology by a genealogical tree, Pure science is subdivided in Anthropology and Prehistory (57), Botany (58) and Zoology (59). Applied Sciences are represented by Medicine (61), Fine Arts are represented by prehistoric sculptures, engravings, paintings. etc., Literature by medallions of literati and History by a genealogical tree and numerous specimens of painted coats of arms (93).

The above information is taken from an article that Baudouin published in the magazine La terre et la vie (see documentation) in 1935, a year after he considered the creation of his Open-air Museum as completed.

In the closing words of the article, Baudouin adds that he realizes that his creation may not stand the test of time, adding "But I hope my walls, covered and armored with premium cement panels, will last just as much as the dry brick walls of old Chaldea or Troy ..."

This would prove to be too hopeful. 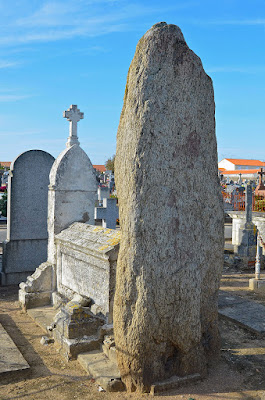 Marcel Baudouin died in Castel Maraîchin, January 25, 1941, aged 81. He was buried in the cemetery of Saint-Gilles-Croix-de-Vie, his grave decorated with the Menhir de la Tonelle, originally located in Saint-Hilaire-de-Riez (Vendée).

In 1969 Chateau Marachaîn was sold by a family member of Baudouin. The decorations were removed, the house was emptied, the many documents and photos left behind were distributed among the archives of the Vendée department and a regional museum.

Documentation
* Marcel Baudouin, "Une creation originale. Un musée en plein air" in: La terre et la vie (1935 nr 4), available as PDF (In this article Baudouin provides an explanation of the establishment and composition of the entire collection of panels)
* Un Barrien érudit de son temps (1860-1941) (An erudite Barrien of his time (1860-1941)), brochure published in the context of an exhibition about Marcel Baudouin, Bibliothèque La Boussole, la Barre de Monts (19/10-19/12/2018)
* A series of postcards on the website of the Réseau d’Archives et de Documentation de l’Oralité
* Website with a series of postcards of the decorations