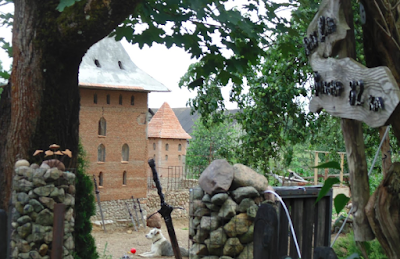 this picture (2018) and the next five
courtesy of Sergey Bondarenko

For many years, nothing indicated that Sergey Bondarenko, who in his young years liked to make paintings and drawings and later made small wooden, metal or ceramic creations he sold on markets, would become the creator of a life-size singular architecture, a 1:10 scale replica of a centuries-old castle.

But then, in 2016 the inhabitants of the village of Chukhni in Belarus saw this happen. 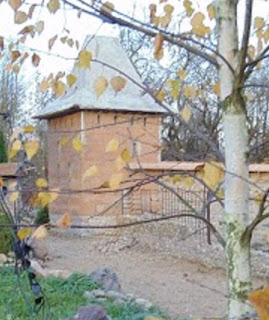 Born in Arkhangelsk, in the far north of Russia, Bondarenko after his primary education entered military service, lived for a while in St. Petersburg and then in Svetlogorsk, where he met his future wife Marina. In 1986, the couple moved to Smorgon in Belarus, where Sergey worked for five years as a designer of posters, banners and the like at a tractor factory, while Marina had an administrative position at that factory.

In the early 1990s the couple started selling selfmade artistic products, such as clay figurines and  pendants with stones and amulets, at markets and festivals in Lithuania and Poland, and even in Moscow. 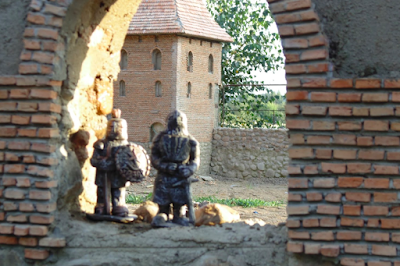 After their two daughters had left home, the couple wanted to leave the city and in 2013 they moved to the village of Chukhni, a few kilometers from Krevo, north-west of Minsk. Due to its history and centuries old castle, now a ruin, this village attracts tourists who might be potential buyers of artful creations.

Once established in the village, Bondarenko came up with an idea that would largely determine his further life. He decided to make a life-size replica 1:10 of Krevo Castle near Chukhni as it was in former times. The project is a combination of a tribute to the past, the pleasure of creating a special creation and making money to live on.

It took the necessary consultation with the local authorities, but Bondarenko got the permit to realize the intended construction (incidentally not on the spot he had in mind, because the authorities preferred the area around his house).

The construction had to become a building with towers and ramparts surrounding an inner court with an area of approximately 80 square meters. 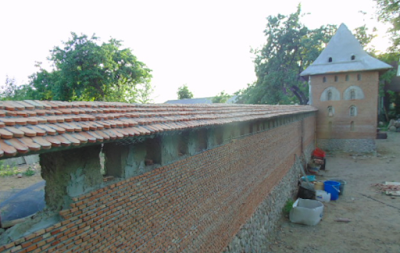 Work started in 2016, the first tower was completed in the summer, the second in the autumn of that year. The largest tower is 5 meters high

The outer walls of the towers and of the ramparts have been made of concrete to which homemade small brick particles of clay are attached, as can be seen in above picture. Using a mold Bondarenko makes these stones of clay which he takes in a nearby quarry.

In the courtyard cast metal knights with a height of 20 centimeters will appear, probably in the capacity of a complete army. An example of those characters can be seen in the third photo from above. 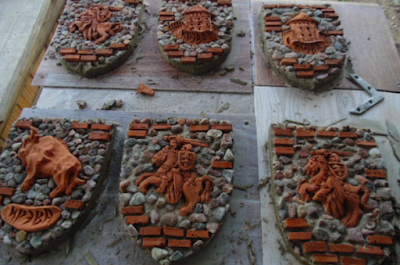 The grounds surrounding the castle are enclosed with an iron fence containing horseshoes. The decorative creations also include shield-shaped decorations, as shown in the photo above.

There is a plan to construct a circular labyrinth on the grounds round the house. Its design is already available. 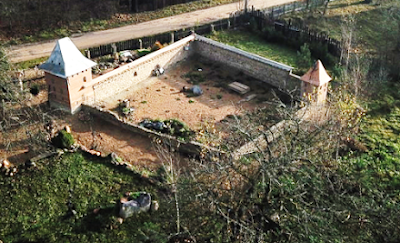 an aerial view of the castle under construction
June 2020