Although Chomo (1907-1999) had a formal training in art schools, he would not actively participate in the regular world of art and in the 1960's he somehow retreated from society too, when he permanently settled on a plot in the woods of Fontainebleau, south of Paris.

Generally speaking, the interest in his work has mainly come from those interested in outsider art.

During World War II for some years he was deported to Poland. Back in France he probably had the same kind of job, but he was also active in making art (gouaches, ceramics, experiments with film). In the summer months Chomo and his family would reside in kind of a summerhouse on a plot of land the family owned in Achères la Forêt, in the woods south of Paris.


In 1960 Chomo had an exposition in a art gallery in Paris (Jean Camion, Rue des Beaux Arts). It was a great success, especially in circles of surrealists. However,  Chomo did not agree in selling the most important and expensive works.

In the following years he began transforming the area around the summerhouse in Achères into an art environment, making a variety of constructions and buildings by recuperating all kinds of materials like plastics, old wood and dead trees. 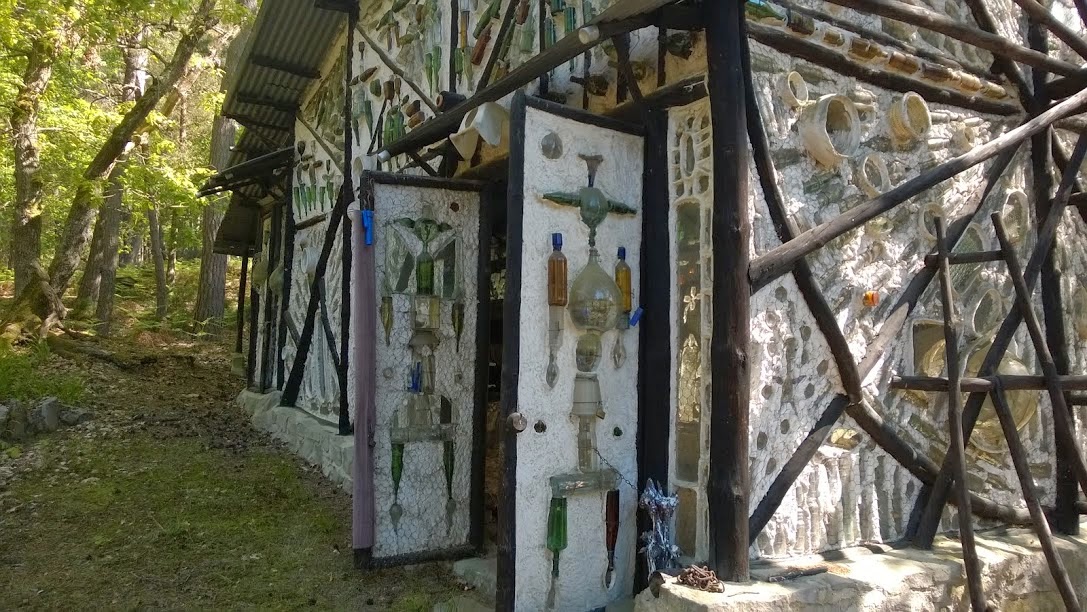 These constructions got names such as l´Église des Pauvres (the Church of the Poor), le Sanctuaire des Bois Brûlés (The Shrine of Burned Woods) and le Refuge (the Shelter). Inside Chomo would store and expose his smaller creations.

From the mid 1960s on Chomo resided permanently in the woods amidst his artwork, actively engaged in a variety of artistic projects, like painting and sculpting, making carpets, but also writing poems, making music and recording movies.

Chomo did not consider himself as an outsider or art brut artist, but said he made art préludien (preludian art, his art and way of life as an ecologist avant la lettre being a prelude to the world to come).

Chomo declined to participate in expositions, probably with the exception of a special one, organized in his honor in 1991 (19/1 - 3/2) by a group of friends. This expo took place in the community of Milly-la-Forêt, not far from where Chomo had his site.

Already during his life Chomo's artistic work was admired by a number of other artists and by art lovers, mainly those interested in outsider art. In the 1970s, 80s and 90s visitors would come by to see his creations. They were welcome on Saturdays and Sundays.

In 2009 it was ten years ago that Chomo died. In his honor from September 2009 until March 2010 the Halle Saint Pierre, Paris, dedicated him an exposition.

The expo was introduced by one of its curators, Laurent Danchin, who explained that in his opinion Chomo does not belong to the realm of those who create outsider art, but should be appreciated as an artist who has a place in the history of great french art (art savant). French cultural authorities should devote a museum to him. (See OEE-texts for the english translation of Danchin's introduction) .

Laurent Danchin (1946-2017), who was well known as a writer about (outsider) art, around 1975 began to visit Chomo weekly and they became friends. In an article in the french magazine La Grappe (nr 74, January 2009) Danchin looked back on this relation.


Action to save the site

The site as such currently still exists, that is to say: the built structures are still extant. Chomo's sculptures, paintings and other smaller creations have been removed and are stored in a safe shelter.

In 2015 Laurent Danchin and friends initiated a project to raise money to take measures to protect the built structures from decay. A first stage was carried out in the summer of that year.

On October 3, 2015 an open day was organized to present the site to those interested in the developments. On below video (subtitled in English) Laurent Danchin welcomes the visitors.


Meanwhile an association of friends of Chomo has been established 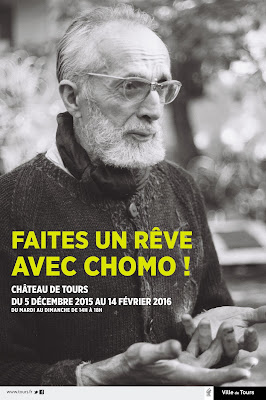 Unlike the exposition in Paris (2009-2010) which focused upon Chomo's oeuvre, this exposition dealt with Chomo's artistic development, his character, his various artistic activities and the campaign of the association of friends to protect Chomo's most beautiful creation Le Refuge.

The video below has an impression of the exposition.


Selected documentation
* Website Habitants-Paysagistes with a series of photos (1982-1992) by Francis David
* Website of the Association of friends
* Roger Chomeaux, CHOMO, Ed. Jean-Claude Simoën, 1978 (statements by Chomo, penned by Laurent Danchin; this publication is also known by its subtitle that appears on the interior: CHOMO, un pavé dans la vase intellectuelle)
* Website (in french) entirely devoted to Chomo, with a biography, a list of video's, picture galleries and a number of texts about the artist

Videos
* Jérôme Adeline, Au Royaume de Chomo (Vimeo, 2016, 15'), a video that gives an impression of the renovation, also scenes of an open day in 2015 with Laurent Danchin

note
¹  the picture which can be found in various versions on the internet. actually is the front cover of the book edited by Laurent Danchin, published in 1978 and entitled Roger Chomeaux, CHOMO (see documentation)