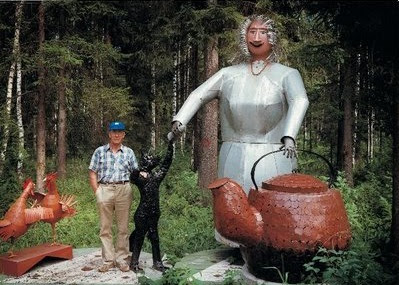 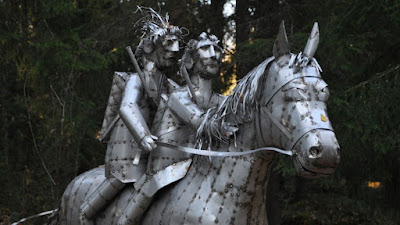 sculpture along the trail (from Bogartsblogg) 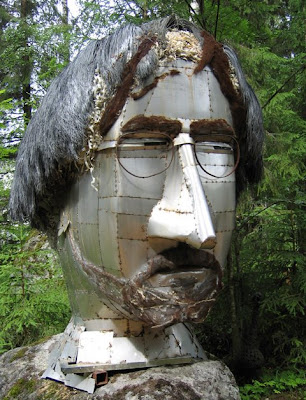 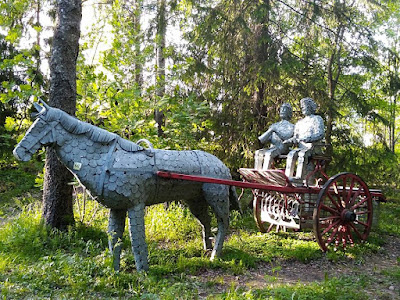 this picture and the next one (2018) by Sophie Lepetit 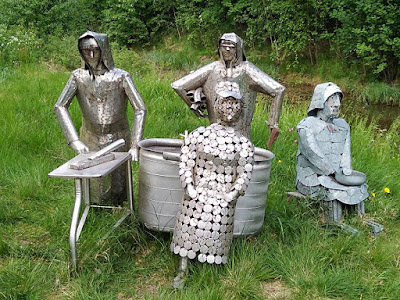 Expositions
* In another world, Kiasma, Helsinki, 2005
* Other Art, an exposition which in 2009 and 2010 travelled through Norway, Sweden and Finland. The Finnish part of the expo took place in the Ostrobothnian Museum in Vaasa. Special attention has been paid to Hevonkoski.