Facing the Mediterranean, Capo Gallo is a natural area, since 2001 a natural reserve, north of Palermo, on the Italian island Sicily. Because of the proximity of the sea the area has marine facilities, such as a lighthouse and an elevated building as in above picture, that once was a military lookout and semaphore.

In the late 1990s this building became the home of a hermit who is known as Isravele ¹, the name he has adopted.

Not much is known about his life. He was born in 1950, had a job as a mason, worked in Palermo and was a deeply religious man.

He told a reporter who visited him, that in 1985 he had a dream that changed his life, convinced as he became by that dream that he had to be a prophet with the mission to save people's souls.

After that dream he continued his job, addressing his colleagues with religious insights, and then in 1997 he left wife and children to restart his life as a hermit. First he lived in a cave in the seaside rocks in the Capo Gallo natural area, later he squatted the abandoned semaphore building in the same area which wasn't used anymore.

In the course of the years Isravele decorated this building in such a way that it became kind of a sanctuary. 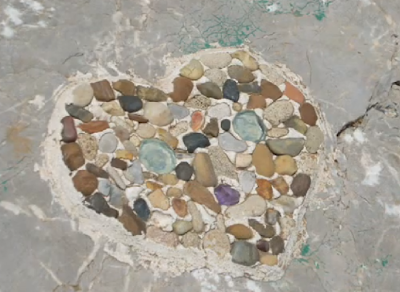 He signposted the road uphill to this sanctuary with small decorations, painted or made from pebbles, and mostly depicting a heart, suggesting this path is a Via Santa. 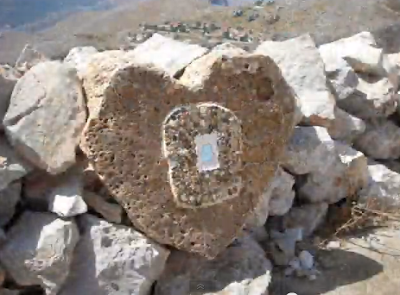 The interior of the building has been lavishly decorated. The walls are geometrically divided into compartments, each of which is decorated with a large item, such as a portrait or a mosaic representation, surrounded by smaller items like stars, crosses or other signs.

To make his decorations Isravele uses small pebbles, he collects on the beaches. He makes great use of the hexagram and other religious symbols. 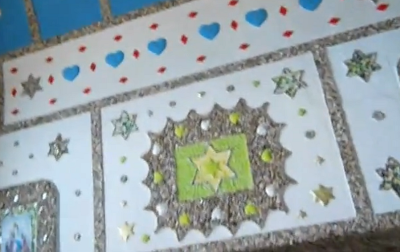 It is noteworthy that there are no religious texts and inscriptions on the walls, except one above a clock reading ALLELUIAMEN. The appearance of the interior is rather quite, orderly and understated, which constitutes a major difference with art environments in the USA that include religious expressions, or one of the few European sites with such expressions.

Outside, however, there is an unscripted text about the End of Times, the return of Gods kingdom, which will be accompanied by great destructions (see the full text in OEE texts). 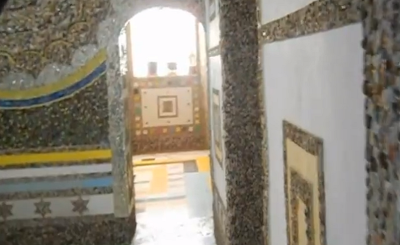 Isravele is a shy person. A visitor who met him in 2010, has described him as a good looking man with dark, graying hair and a bushy graying beard, adding:  He's articulate, and enthusiastic when talking about God (Kate Ludlov's blog, 2010, see documentation).

Isravele, however, is not eager at all to meet visitors, rather avoids them and he doesn't appear in the video's below. One may wonder if he agreed that the videos were recorded.

However, if a visit is pre-arranged by people or organisations he trusts, Isravele will welcome (small) groups of interested people. 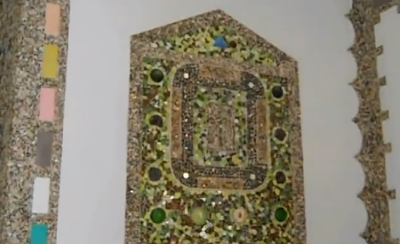 note
¹ In the original version of this post the name of the hermit appears as Israele. Currently he apparently calls himself Isravele

Isravele
l'Eremita di Capo Gallo
Palermo, Sicily, Italy
not open to the public
Posted by henk van es at 11:53 AM