"Tuscania è un paese di artisti" (Tuscania is a city of artists), the website of the city said, referring to its history as a center of art from Etruscan times up to the present day.

Announcing the opening in May (2013) of a new museum, the Casa-Museo Pietro Moschini, the city's website offered its readers a brief overview of arte irregolare, referring to Bonaria Manca, inhabitant of the city, and Pietro Moschini, who all his life has lived there.

Born in Tuscania, Pietro Moschini (1923-2011), after some elementary schooling went to work as a shepherd and a farmhand.

Following an artistic impulse, in 1952 he made his first sculpture. During the rest of his life, he has been active in sculpting, which has resulted in hundreds of works, collected partly in his house in Tuscania, partly in a summerhouse out of town. 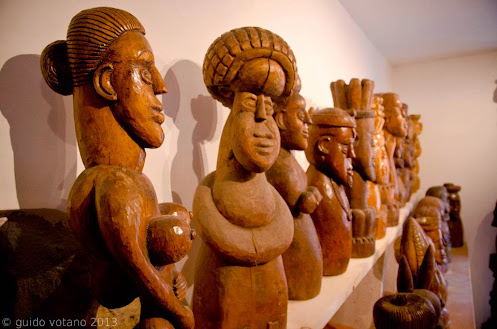 Moschini worked with wood and stone, not only making stand-alone works, but also creating ensembles sculpted in high-relief on walls, in this way transforming his house into an art environment.

During most of his life Moschini's work has gone unnoticed. 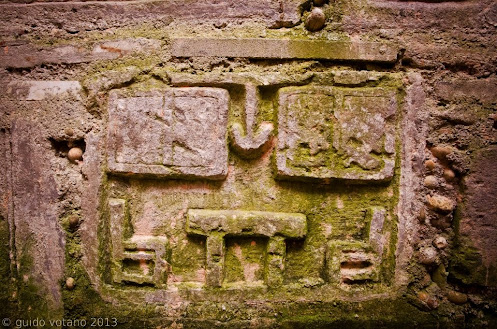 However, it so happened that around 2011 Pavel Konečný, a collector of outsider art living in the Czech Republic, came along pictures on the internet of Moschini's creations, made by tourists who rather coincidentally had met the artist and had published photo's of the sculptures on Flickr.

Through through Konečný came into contact with Mario Ciccioli, an artist living in Tuscania, who informed him that Moschini very recently had deceased. Konecny traveled to Italy and together with Ciccioli talked with Moschini's daughter, Rosaria Falasca-Moschini, who was the inheritor and wanted to have the collection saved for the future as far as possible.

This resulted in a plan to transform Moschini's house in Tuscania into a small museum, a plan that with the support of various parties involved, has been realized indeed. 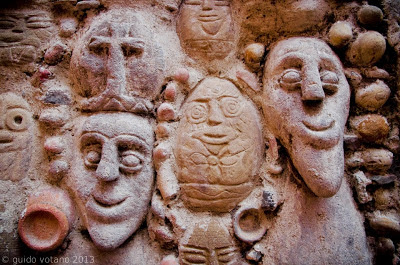 The opening of the Casa-Museo Pietro Moschini on May 11, 2013 has been embedded in a small festival around arte irregolare, with various activities, including an exposition of paintings from Bonaria Manca's house.