This entry is about father and son Montégudet from the community of Lépinas in France. who in succession made an art environment near a pond owned by the family.

In 1967, retired, he wanted to do something for the inhabitants of Lépinas and he got the idea to do this by transforming the banks of a pond near where he lived, into a walking area, made attractive by nice stagings.

As the postcard above shows, Montégudet made a variety of creations. Part of this art environment consisted of built structures such as a round table, a mill and a belfry with an horloge parlante (a talking clock). 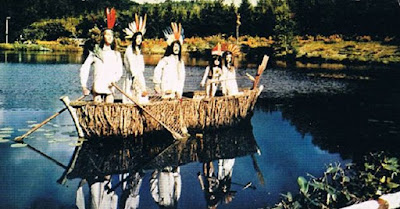 However, the major part of the staging consisted of all kinds of wooden sculptures, such as an Adam and Eve, various animals such as a raven, a fox, a lion, a rat, a butterfly, a grasshopper, which depicted in various combinations the in France well known fables of Lafontaine.

The Monster of Loch Ness was also present, as well as a representation of the mysterious warlord Roland à Roncevaux from Charlemagne's time.

The inhabitants of Lépinas welcomed the site and made good use of it, for example for the staging of wedding pictures and to have a lunch or make their outing on Sunday afternoon. Visitors could consume something at a buffet.


Montégudet, who had no education in making sculptures at all, mainly used wood he collected in the forest. The rather perishable creations had to be maintained regularly and thereby his son René lent a helping hand.

After Montégudet Sr died in 1981, René Montégudet and his wife decided to store the sculptures in a separate shed near the family farm. It became a well-ordered private museum, not open to the public, a safe place for the fragile sculptures, included (four of the five) Indians, who watch the collection from the attic. 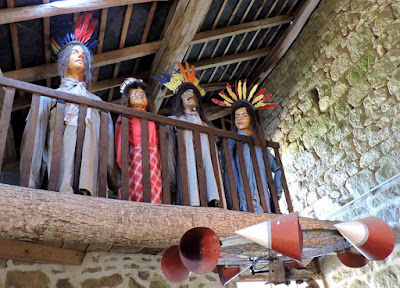 Except for some remnants, the site gradually disappeared and after some time the Étang fleurie was history. The area near the pond is private property and it can't be entered any more..

This situation lasted until around 1995. Then René Montégudet, who was in his fifties, began creating a new art environment, making rather realistic sculptures from concrete, mainly depicting animals. He displayed these creations on a rocky and hilly garden located along a small road opposite the family home. 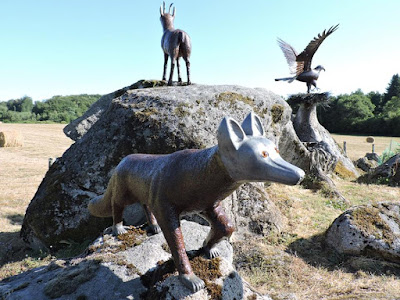 Although he had helped his father in repainting the wooden sculptures and also had contributed some items to the original art environment, such as a wooden creation that welcomed visitors, all his life he was not really a man of hammer and chisel. 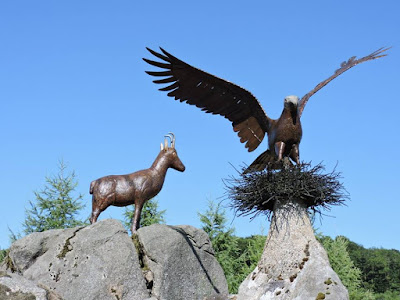 So he had to recognize that something had happened to him and that he had become a self taught artist. His robust creations testify to a confident approach of and a familiarity with the material he used. 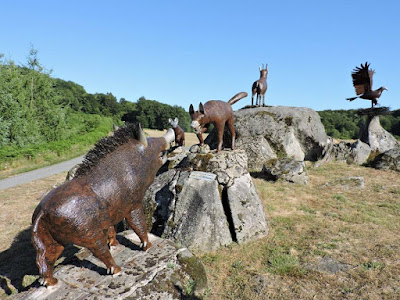 Montégudet Jr made the sculptures in his workshop, and then transported them with the help of friends to their spot on the rocky setting. 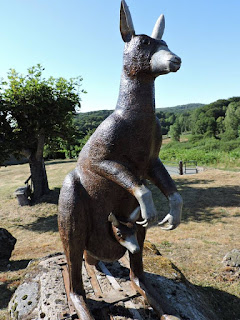 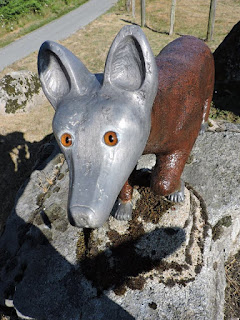 Since the internet hardly has pictures of René Montégudet's creations, and this art environment in my opinion deserves the attention of those who are interested in this subsection of the artworld, this post, thanks to Julia Sisi and Dan Casado, has more pictures than usual. 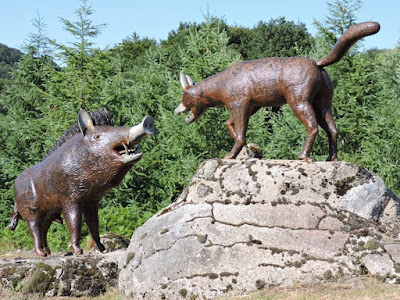 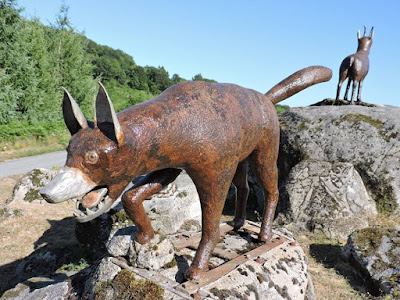 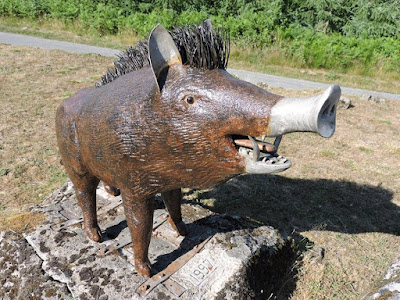