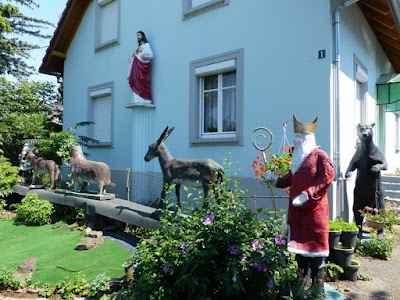 front view of the house
(all pictures thanks to Sophie Lepetit)

Kilstett is a community of some 2500 inhabitants in the extreme northwest of France, some 15 kilometers to the north of Strasbourg. Here, for over fifty years a charming sculpture garden is located, the life work of Joseph Seiler.

Joseph Seiler was born in 1933 in Kilstett in a family that had a farming business  In 1939, at the start of World War II, when Joseph was six years old, his father was taken away by the Germans. never to return and probably shot dead along the river Rhine.

Partly because of this, Seiler at a young age already had to work in the farm. 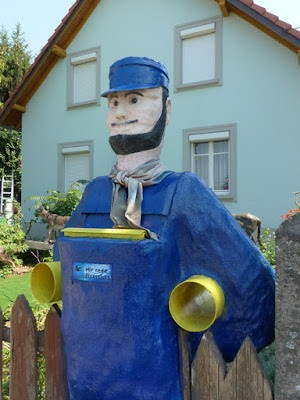 In 1965 Seiller, who had continued his work in the farm and was now in his early thirties, began to make sculptures to beautify the garden around his house.

His first work -made by applying cement to a model of iron wickerwork- was a life-size sculpture of a horse, accurately depicted, as can be seen in the picture below. 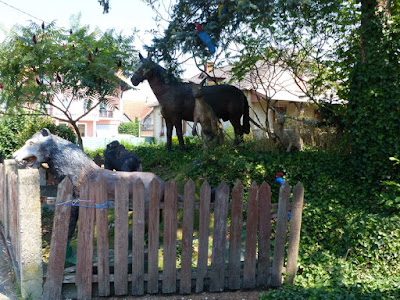 The series of animals includes around twenty mostly life-sized creations of among others a horse with a rider, a bear, a donkey, a peacock, a kangaroo with a baby in its pouch, rabbits standing on their hind legs, dogs and deer. 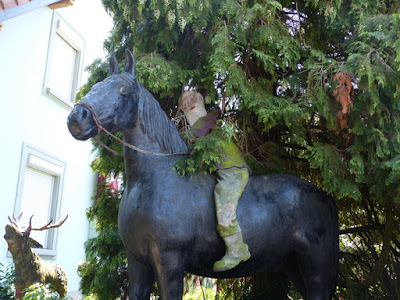 The series of twelve sculptures of human characters includes the sculpture of Christ who, as can be seen in the top image, has been given a place of honor on a console at the facade of the living house, a Saint Nicholas (also in the top image), a rider on a horse and a postman. 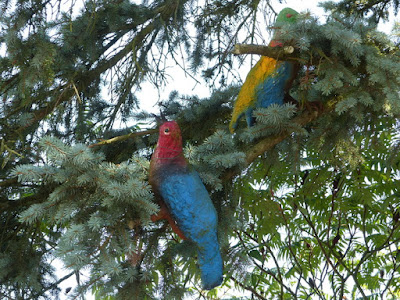 Joseph Seiller's art environment is part of the creations that came about in France in the 1960s and 1970s and gained some fame among the general public due to the 1978 exhibition Les singuliers de l'art (Musée d'art moderne de la Ville de Paris).

In 1990 the site was visited and photographed by Francis David, whose archive is now partly held by the Lille Art Museum. In the current century, the site was somewhat forgotten, apart from a single publication in a regional newspaper.

Recently this art environment, which still exists and is well maintained, has received attention again thanks to a review (2017) in Les gazouillis des éléphants by Bruno Montpied, a report (2019) by Sophie Lepetit in her weblog and  an article in the website of SPACES (see the documentation)

Documentation
* Website Habitants-paysagistes (published by the Lille Art Museum),  entry about Joseph Seiler with pictures (1990) by Francis David
* Review of the site in Bruno Montpied, Les gazouillis des éléphants. Paris (Ed du Sandre), 2017
* Article with a variety of pictures (April 13 and 14, 2019) in the weblog of Sophie Lepetit, here and here
* Article (2019) in the website of SPACES