The photo above shows part of the facade of a chapel built in the early 1740s and situated in the small community of l'Auberie, which belongs to the municipality of Saint-Bonnet-en-Champsaur in the department of Hautes-Alpes, France.
This facade is special because it is provided with numerous niches, in which sculptures are incorporated
Life and works
Only limited biographical information is available on the internet about Jacques Pascal, who built and decorated this chapel with his own hands.  He was a mason and carpenter, living in l'Auberie, and in 1740 he started the construction of the chapel, which was completed in 1743. It is quite possible that he had already begun to form a stockpile of stones before 1740.
There is a story that Pascal started his project to impress a young shepherdess from the village. In this context, the chapel is also referred to as Chapelle des Amoureux (Lovers' Chapel). The creation is also referred to as Chapelle des Pétètes, where "pétètes" is local slang referring to "dolls". 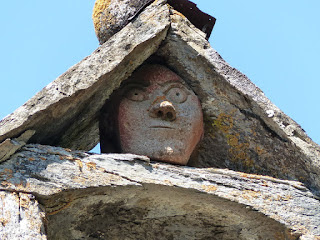 The chapel that Jacques built was thatched and the walls were not plastered. The creation was refurbished around 1920, the roof was fitted with tiles and the walls were plastered.
Owned by the municipality, the chapel was included in the inventory of historical monuments in 1973 and on May 19, 1994 the building was listed as a monument. 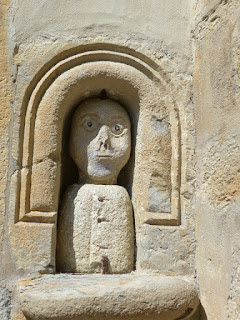 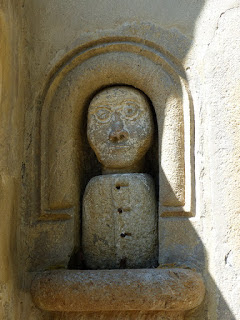 The decorations
The chapel's interior has a 17th-century altar, decorated with strips of gilded leather and depictions of tendrils of leaves, flowers and fruit. There is a painting of Mary and Joseph and the child Jesus, accompanied by a bishop, perhaps Saint Gregory to whom the chapel is dedicated. 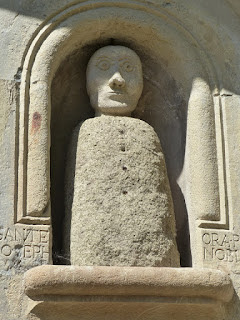 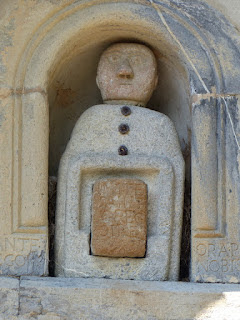 What attracts the most attention, however, and for which the chapel has become famous, are the sculptures posted in a variety of niches in the chapel's facade.
The facade depicts saints such as Mary, Joseph, Gregory, Jean-Baptiste and Antoine, as well as characters representing lost souls in search of purgatory.
The sculptures have an extremely simple design, often with only a head on a body without arms, and sometimes only a head in a circular setting, as in the picture below. The image also shows that the sculptures, although simple in design, can have an intense expression. 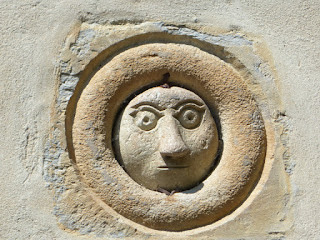 Comparable creations elsewhere in Europe
Hand-built and decorated chapels or small-scale churches can also be found elsewhere in Europe.
Of relatively recent date are the Stalingrad Chapel created by Josef Haas, the East-West Church of Peace, manufactured by Timofey Prokhorov both located in the south of Germany and the Chapel in Iceland, built by Samúel Jónson.
From an earlier date, around 1890, are the chapel and the small church in a village in the Perm region in Russia, built and richly decorated with sculptures by Nikon Koryanov. The buildings and the village no longer exist, but some of the sculptures have been preserved and are included in a museum. 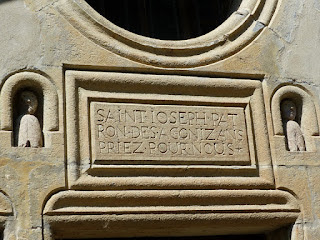